An absolutely lovely review of Anchoress from Northern Sky Magazine, and I’m particularly delighted to be compared to one of my favourite groups Dead Can Dance! 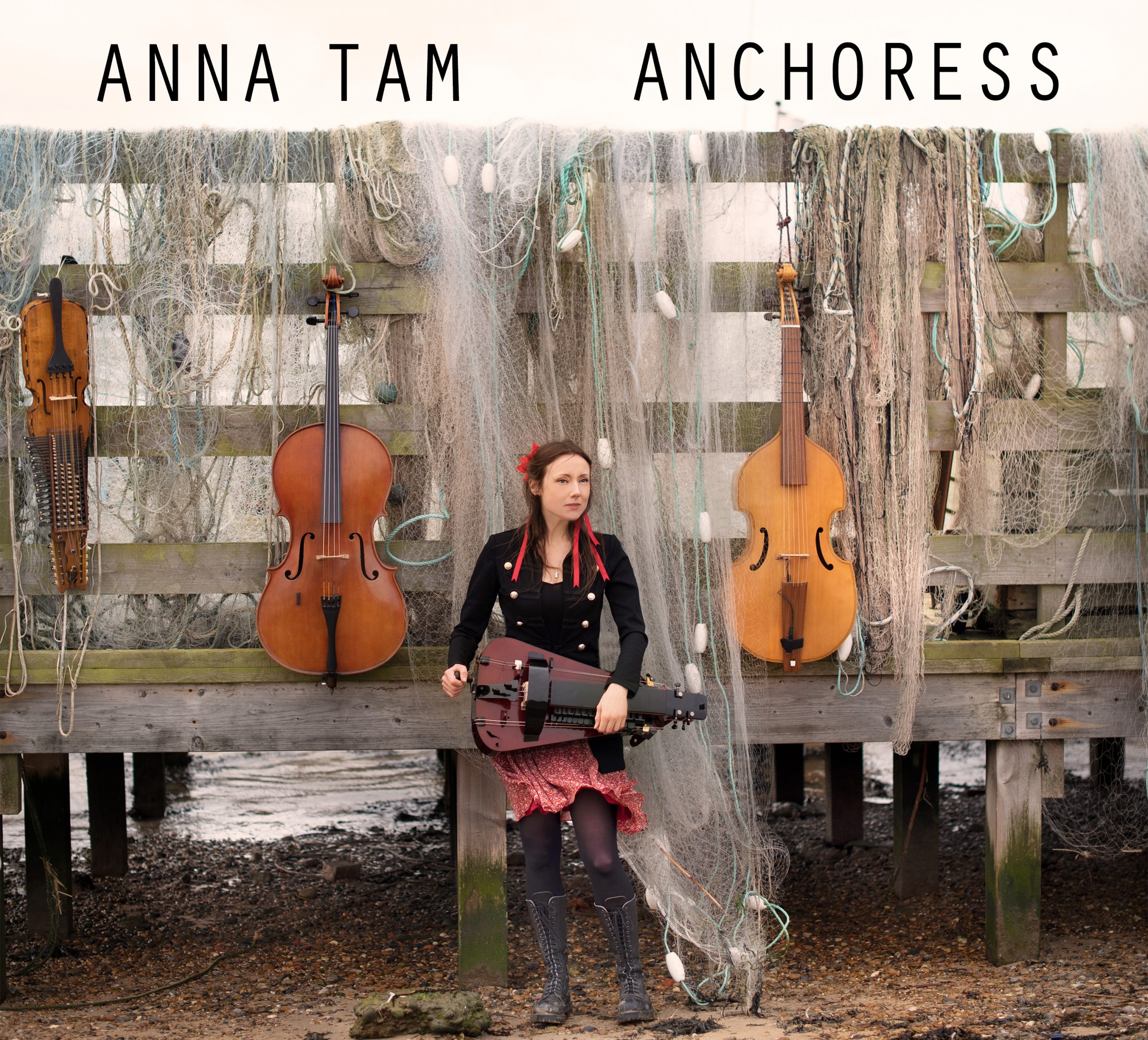 Folk singer and multi-instrumentalist Anna Tam, member of The Mediaeval Baebes and more recently Wilde Roses, has a remarkably pure and arresting voice.  On Anchoress she presents a set of traditional songs and two original pieces, accompanying herself on a range of appropriately traditional and historic instruments.  The album takes its name from the act of living in seclusion for religious reasons.  Anna spent much of the Pandemic presenting from her boat a series of video performances and felt like an Anchoress presenting folk music from the window of her cell. Tam’s approach is very much about delivering the songs pure and unadorned, letting the stories shine through.  Some like the beautiful “Braes of Balquhidder”,  a poem by Robert Tannahill that inspired the song “Wild Mountain Thyme” are delivered mostly solo with minimal accompaniment.  The plaintive stringed instrument on “The Unquiet Grave” perfectly compliments but never detracts from Anna’s rich vocal delivery.  “Jenny Nettles” is a dark dance of a piece with a Hurdy Gurdy adding intensity and a sense of time long passed.  As you’d expect given Tam’s time with the Mediaeval Baebes and Wilde Roses there is an Early Music or Mediaeval flavour to her delivery of traditional material like “Tarry Trousers”. “Whittingham Fair” is from an 1880 collection with instantly recognisable words and time, given our familiarity Anna puts her own stamp on the song, bringing  an emotional intensity and using  interesting arrangement with the rhythmic Viola de Gamba.  With a rawer sounding nyckelharpa and Roy Chilton’s banjo, “Elsie Marley” is very folky, but Anna’s vocal and pacing is breath-taking and unexpected.  “If I Were A Blackbird” is that classic tale of love and disapproving potential I laws.  Tam veers between sadness and passionate venom in her delivery, adding real menace to the words.  “Fairy Boat Hornpipe” is a breakneck and passionate tune played on the cello, Anna confesses it may well be within the folk tradition and an unconscious channelling of half remembered traditional tunes.  “Fear A’ Bhata” is a Scottish Gaelic song written in the 1700’s by a school teacher.  The song, stunningly sung tells of her sorrow at her separation from her fisherman lover. There is real power in Tam’s voice and her accompaniment on the Swedish Nyckelharpa.  Anna Tam’s version of “Let No Man Steal Your Thyme” is an album highlight, both the potent unaccompanied opening and the accompanied body of the song are a delight.  Delightful too is Anna’s considered solo voice version of “She Moves Through The Fair”.  “Blue Bleezin’ Blind Drunk” is a savagely brutal tale of domestic violence, the disquieting Nyckelharpa and Anna’s emotional voice contemplate a dark revenge. ”The Goblet” named for a gift from the fiddler Geoffrey Irwin, is a wonderful duet between Irwin’s fiddle and Tam’s Nyckelharpa, an ancient and classical sounding closer.  The cover and packaging on the album has Tam on a very folky looking beach, surrounded by nets and weathered wood.  The album is stately and contemplative with that sense of mystical isolation that flowed through Dead Can Dance, 60s Quasi Mediaeval raga players The Third Ear Band and Lisa Gerrard’s music, as we are given glimpses of otherworldliness through tales of lost love, forbidden love, dead love and supernatural visitations.  In both content and delivery this album is a balm in troubled times and capable of raising the hairs on the back of your neck.  A perfect potent listen for a May day.